The 6 Best and Worst Social Media Campaigns of 2019

We've looked at some of the biggest social media wins and losses in 2019 - did you spot any of these campaigns last year? Read the blog to see more! 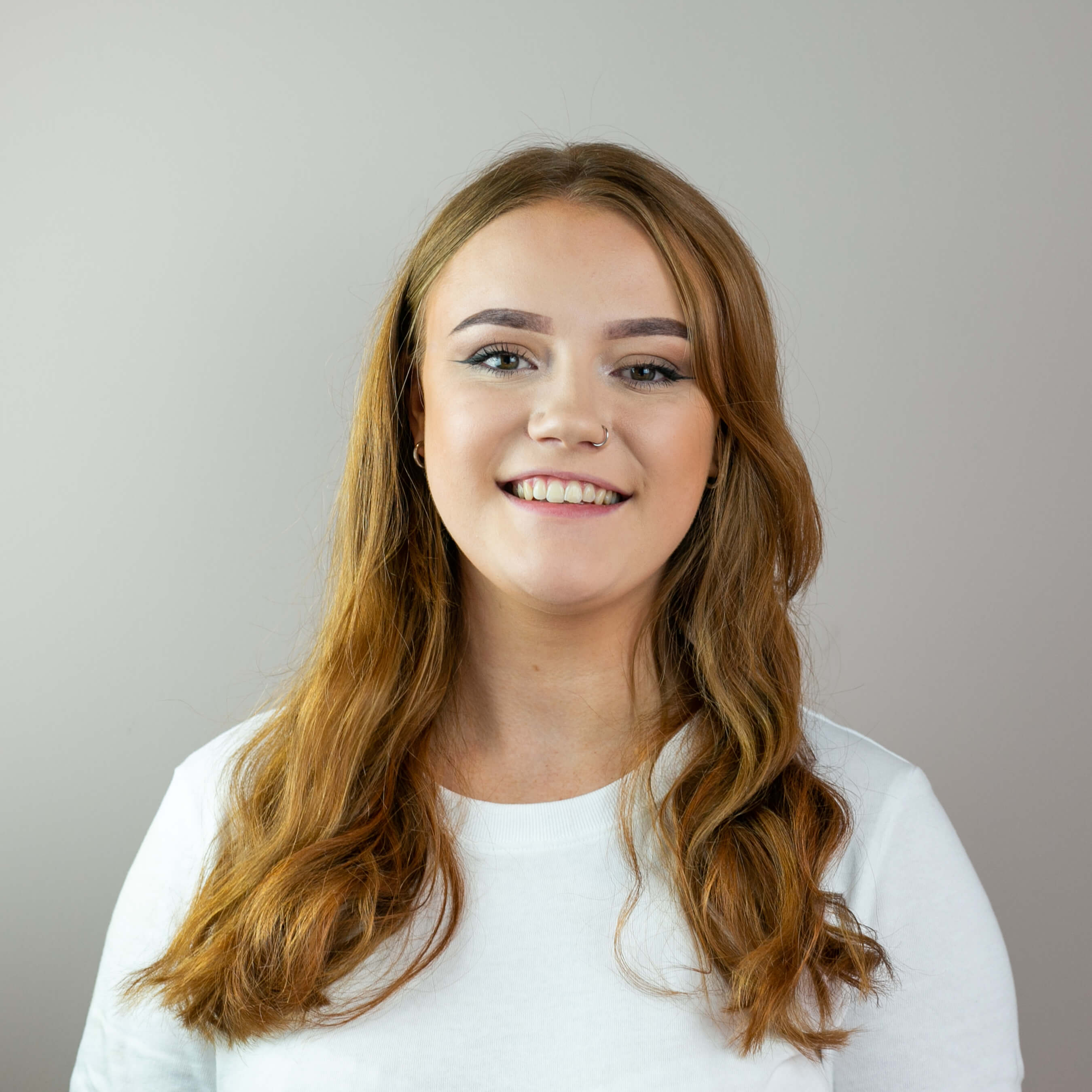 Another year, more social media faux-pas that we can only look at open-mouthed and think, how was that approved?

However, amongst the worst campaigns, a select few rose above and really impressed us this year. So, here’s what we thought were the 6 best and worst social media campaigns of the year - and we’ve even included some handy tips to help you execute (or avoid) similar tactics in your own social media strategies.


Our first (and best) social media campaign this year is undoubtedly Greggs’ promotion of their new and now well-loved products, the vegan sausage roll. The bakery propelled into headlines in early “Veganuary” following the release of its new product - with both positive and negative reactions. However, it was the way in which Greggs executed product promotion that we admire so much, with industry magazine PR week calling it "a master class in public relations".

The humour that Greggs delivered throughout the campaign is arguably what gained it so much attention. Its YouTube ad, which parodied the tone of Apple’s famous iPhone ads, gained over 5 million views across social media and generated a public discussion like no other.

Crucially, what Greggs’ campaign shows us is that gaining “talkability” is essential. You could have the most amazing product, but if no one is talking about it - what’s the point?

For B2B organisations, getting your prospects excited about your products or services is key. Although you may not have the budget as such a large company, what you can do is start small. Try publishing content on social media platforms such as LinkedIn, where you can establish yourself as a thought leader in your industry and get people talking about your business.


Nike was the big brand winner at the women’s World Cup this summer, when their ad ‘Dream Further’ showcased the talent and inspiration of female footballers across the globe - without the often clichéd message that dominates other female-empowerment ads.

Instead, Nike’s ‘Don’t change your dreams. Change the world’ is an inspiring accompaniment to an emotional and authentic celebration of female athletes that supported England’s Lionesses in the best way. As always in the majority of Nike’s campaigns, referencing to the brand remained subtle, never deflecting from the overall narrative.

Good B2B social media content should always show your prospects that you understand their situation. Where its a product/service demonstration, content should have value; where its brand awareness, content should be meaningful, engaging and inline with why your business provides your product or service.

3. Hafod Hardware - Inspiring on a budget


As far as Christmas adverts go, one of the highlights of this year was undoubtedly Hafod Hardware’s £100 advert that rivalled other big-budget ads such as John Lewis. The tiny independent family-run hardware store stole the hearts of people all over the country when their ad “Be a kid this Christmas” went viral on YouTube. The advert is being hailed as a celebration of traditional Christmas spirit and the importance of community; and while they do borrow typical storyline tropes from companies like John Lewis, ultimately it's about execution - and Hafod Hardware did it well.

To produce a good social media campaign, you don’t need a huge budget. While it's great if you do, companies can achieve much more from an authentic, thoughtful and relatable campaign. To do this, think about your buyer personas, and what content will resonate with them the most - be thought provoking and engaging. Regardless of the industry you’re in, once you know your customers you’ll be able to sell your product or service to them much more effectively.

Wanna get your hands on the almost free-kini? 💸 Come back at 9:15pm tonight + look 🔥poolside for the same price as a cheeseburger 🍔 (available in sizes 4-24) 🛒 #missguided

Throughout 2019, sustainability has been a huge talking point, with research showing that 80% of Millennials across Australia, Canada, China, India, the UK and the US find it important for companies to behave ethically and take steps to diminish their environmental impact.

So, when fast-fashion company Missguided announced the launch of a £1 bikini on Instagram in one of the most tone-deaf adverts of the year, people were understandably outraged. Despite the bikini selling out, this particular social media campaign makes it onto our list because of how ultimately misguided it was; so much so that it made us sigh “really?”

Omg PLEASE DO NOT buy the Missguided £1 bikini. I give zero shits about the fact that the brand can’t be making any profit on it, but I do give a shit that by selling it for £1, that’s the value they’re slapping on that item. That item made by garment workers. Their labourers.

No matter what industry you’re in, you will benefit from listening to what it is your customers actually want from you, and paying attention to the conversations they’re having. Although Missguided’s product did sell out, there is such a thing as bad publicity, and you don’t want to harm your brand by going against your customers.

What the hell is this @Ancestry?
Why do white people insist on romanticizing my Black female ancestors experiences with white men during slavery?

They were raped, abused, treated like animals, beaten, and murdered by white men. Stop with the revisions.pic.twitter.com/cDEWdkzJPm


Back in April, Ancestry released an ad that was possibly the worst social media campaign released this year. It was a YouTube campaign aimed at encouraging people to do a DNA test to find out more about their family heritage. The ad depicted a white man pleading with a black woman to leave town with him, in what is presumably the 1850s, but it completely missed the mark, being accused of romanticising slavery and whitewashing a violent and oppressive history.

The ad was removed almost immediately and Ancestry have apologised for any offence caused, but we think the damage done will be hard to overcome.

Despite the obvious “don’t insult your customers”, Ancestry’s huge social media blunder can teach businesses a lot about how not to advertise and create content. Regardless of your industry, it's important to keep your target audience at the forefront of content creation, without getting so caught up in the narrative you’re forcing that you lose sight of what it is you’re trying to achieve. Instead of attempting to create a story, draw on real experiences and concepts that your customers can relate to; this way, you’re unlikely to upset your customers with tone-deaf messaging.

3. Adidas - The dark side of automation

Sportswear company Adidas learned the hard way this year that automation doesn’t always positively impact business when they launched a Twitter campaign to promote a new partnership with Arsenal football club. The campaign itself wasn’t a bad idea: the Adidas Twitter account would encourage its followers to tweet with the hashtag #DareToCreate and in doing so, send an automated response featuring an image of users’ handles printed on the back of an Arsenal shirt.

However, while good in theory, in practice the automatic reply function left itself vulnerable to abuse by Twitter trolls, who soon began submitting extremely offensive handles. Although this wasn’t the fault of Adidas directly, it makes our list because of clear oversight on their part - as much as hashtag campaigns are a good idea, businesses need to be aware of the dangerous rhetoric and activity they can sometimes invite.

Automation can be great; it can save businesses a lot of time, and offer a new experience to its customers (which is true, many users engaged with the Adidas hashtag and enjoyed it). However, social media is often a dangerous place, and well-meaning functions can often be abused and escalate out of control very quickly. Therefore, to avoid repeating Adidas’ mistake, ensure that automation is only used where it is absolutely necessary:

Where you use automation in technology such as auto-reply, or chatbots, make sure you are constantly monitoring them. The technology is still fairly new, and will require a watchful eye to ensure it is working the way you intended and not being abused by users.

Social media is a minefield - when you use it correctly, you’ll undoubtedly gain positive results; but when you miss the mark, it can be detrimental for your business. Luckily, we’ve created a free, downloadable social media audit list to help you evaluate your existing content and current performance to see how you can improve. Who knows, you could be one of our best by this time next year!

Build a strategy for success with a full audit of your current social media accounts.